I’m not generally a big fan of zombies. I’ve seen several of the Night of the Living Dead movies, the Evil Dead movies (Bruce Campbell, woo!), Shaun of the Dead, Zombie Land, Warm Bodies, the first few seasons of Walking Dead, and probably a few other movies I can’t think of, but to be honest, other than Warm Bodies I haven’t really been a fan of most of them. I’m generally the first one to admit that I’m a big wimp, and Mr. Awesome Sauce will typically agree and refer to my status as Delicate Flower. Zombies creep me out in a way that few other nasties will, and any kind of Zombie movie or show too soon before bed usually results in some pretty gruesome dreams. Yuck.

So, why on earth would I, a self proclaimed wuss, read a book about Zombies? Because my friend Bryan told me to. Bryan tends to enjoy a lot of the same books that I do, and totally gets my often dark and sarcastic sense of humor. So when he suggested that I read FEED by Mira Grant, I was a little skeptical, but willing to give it a shot.

This book is awesome!

Sure, there are Zombies, and the occasional goriness (who doesn’t like a little goriness every now and then?), but really it’s more of a political thriller, a who-dunnit of sorts, set in this post-apocalyptic, but completely feasible, future, where the human race has been overrun by Zombies. It’s not a story about eradicating the Zombies, its a story about learning to live with the threat that your neighbor, your mother or brother, hell, even your German Shepherd, could at any moment, become a ravening monster that wants to feast on your brains. It’s a story about people coming face to face with their own mortality while striving to deliver the truth to the masses at any cost.

FEED manages to take what I would usually consider a pretty dull subject – a journalist tagging along on the campaign of a Presidential hopeful – and turns it into this riveting, edge-of-your-seat tale about searching out the truth, freedom of speech, and doing what is right even when everything (and everyone) is telling you to just give up. It’s a story of perseverance and guts, and I loved every addictive word of it.

If you haven’t already, go check it out, and get drawn into the world of Georgia and Shaun Mason. Trust me, you won’t regret it. 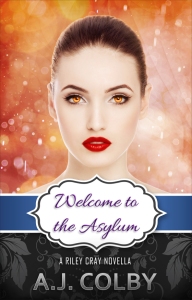